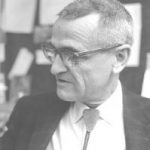 Hobart Muir Smith (1912 – 2013).  Hobart Smith was responsible for building the UIMNH Amphibian and Reptile Collection.  He was a faculty member in the Department of Zoology at the University of Illinois and Curator of Amphibians and Reptiles from 1947 to 1968. For a thorough discussion of Hobart’s life and accomplishments (to date) see David Chiszar, Edwin McConkey, and Margaret M. Stewart’s excellent Copeia article (Copeia 2004(2), 418-424). 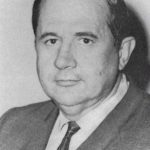 Frederick Albert Shannon (1921-1965). A.B. University of Illinois, 1943; summer, 1940, 1941 herpetologist for Hoogstraal Field Expedition to Mexico; M.D., Univ. Illinois, Chicago, 1947; postgraduate work with Hobart Smith, University of Illinois, 1948. Dr. Shannon moved to Wickenburg, Arizona to start a medical practice in 1949 and started his herpetological collection. After serving in Korea with the US Army (1951-1953), he returned to his practice in Wickenburg where he remained until his death resulting from the bite of a Mojave Rattlesnake in 1965. Part of his collection (16,000 of about 18,000 specimens) was acquired by the University of Illinois Museum of Natural History.  See Hobart Smith’s obituary for Fred Shannon in Copeia 1964 No. 4. 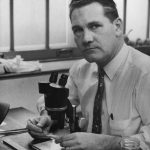 David A. Langebartel (1930- ). Born, Quincy, IL; PhD under Hobart Smith, University of Illinois, 1956, dissertation title, The comparative morphology of the hyoid in snakes, and its associated muscles.  Dave collected in Mexico, Cuba, and throughout the U.S.  I found a letter he wrote to Fred Shannon with the following:

“Guess what? Bubbles is no longer  batching.  To be succinct, he’s married.  For certain.  Early last week sometime.  He’s happy, she’s happy, and I’m happy, for they don’t sit down in 111 and rant all night now. I suppose this means and end to his feeble beginning in collecting. (Although he claims she’ll be another Cope!).”

William B. Robertson ( ). Collected with Dave Langebartel & James Opsahl in Cuba in 1950 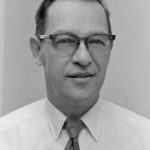 John Douglas Lynch ( ). M.Sc. under Hobart Smith, University of Illinois, 1965, thesis title, A review of the frogs of the mexicanus and rhodopis-groups (genus Eleutherodactylus) and the evolution of the genus in Northern Central America, PhD under Bill Duellman, Kansas, 1969. 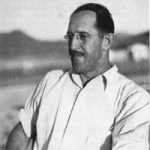 Edward Harrison Taylor (1889-1978). Hobart Smith’s PhD advisor. Approximately one-third of Taylor’s collection was purchased by the UIMNH during Hobart Smith’s tenure.  See “The spy who loved frogs” by Brendan Borrell (Nature. Vol. 501:150-153) for a discussion of Taylor’s life in the Phillipines. 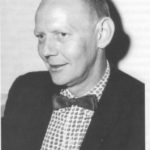